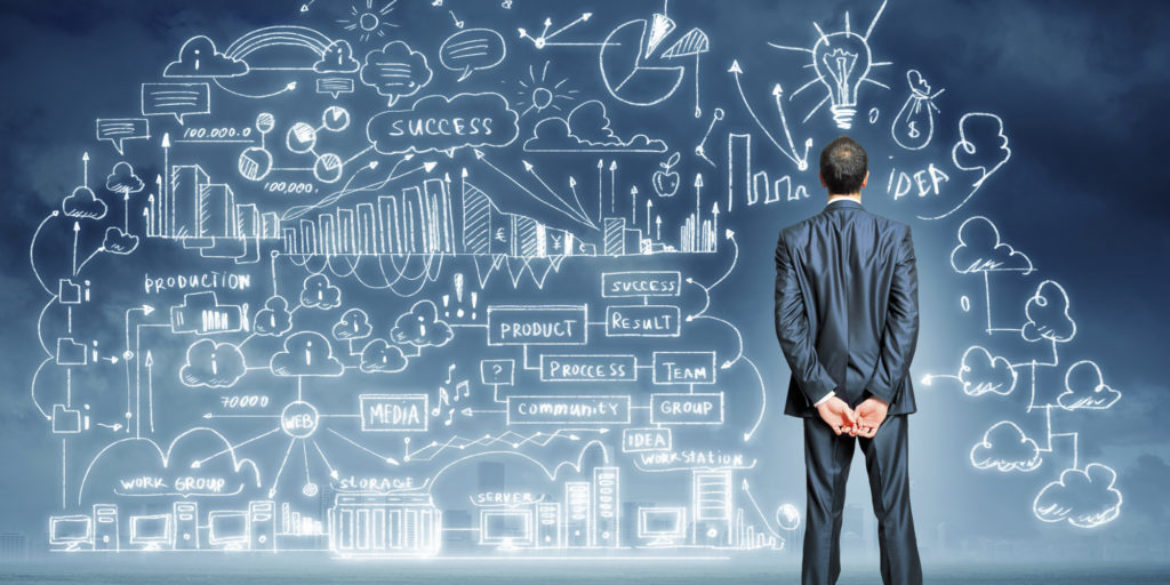 Why Every Leader Needs to Be Obsessed With Technology

This article is part of a series exploring the skills leaders must learn to make the most ofrapid change in an increasingly disruptive world. The first article in the series, “How the Most Successful Leaders Will Thrive in an Exponential World,” broadly outlines four critical leadership skills—futurist, technologist, innovator, and humanitarian—and how they work together.

In the 1990s, Tower Records was the place to get new music. Successful and popular, the California chain spread far and wide, and in 1998, they took on $110 million in debt to fund aggressive further expansion. This wasn’t, as it turns out, the best of timing.

As music was digitized, hard copies began to go out of style, and sales and revenue declined.

Tower first filed for bankruptcy in 2004 and again (for the last time) in 2006. The internet wasn’t the only reason for Tower’s demise. Mismanagement and price competition from electronics retailers like Best Buy also played a part. Still, today, the vast majority of music is purchased or streamed entirely online, and record stores are for the most part a niche market.

The writing was on the wall, but those impacted most had trouble reading it.

Why is it difficult for leaders to see technological change coming and right the ship before it’s too late? Why did Tower go all out on expansion just as the next big thing took the stage?

This is one story of many. Digitization has moved beyond music and entertainment, and now many big retailers operating physical stores are struggling to stay relevant. Meanwhile, the pace of change is accelerating, and new potentially disruptive technologies are on the horizon.

More than ever, leaders need to develop a strong understanding of and perspective on technology. They need to survey new innovations, forecast their pace, gauge the implications, and adopt new tools and strategy to change course as an industry shifts, not after it’s shifted.

Simply, leaders need to adopt the mindset of a technologist. Here’s what that means.

Nurturing curiosity is the first step to understanding technological change. To know how technology might disrupt your industry, you have to know what’s in the pipeline and identify which new inventions are directly or indirectly related to your industry.

Becoming more technologically minded takes discipline and focus as well as unstructured time to explore the non-obvious connections between what is right in front of us and what might be. It requires a commitment to ongoing learning and discovery.

Read outside your industry and comfort zone, not just Fast Company and Wired, but Science and Nature to expand your horizons. Identify experts with the ability to demystify specific technology areas—many have a solid following on Twitter or a frequently cited blog.

But it isn’t all about reading. Consider going where the change is happening too.

Visit one of the technology hubs around the world or a local university research lab in your own back yard. Or bring the innovation to you by building an internal exploration lab stocked with the latest technologies, creating a technology advisory board, hosting an internal innovation challenge, or a local pitch night where aspiring entrepreneurs can share their newest ideas.

You might even ask the crowd by inviting anyone to suggest what innovation is most likely to disrupt your product, service, or sector. And don’t hesitate to engage younger folks—the digital natives all around you—by asking questions about what technology they are using or excited about. Consider going on a field trip with them to see how they use technology in different aspects of their lives. Invite the seasoned executives on your team to explore long-term “reverse mentoring” with someone who can expose them to the latest technology and teach them to use it.

Whatever your strategy, the goal should be to develop a healthy obsession with technology.

By exploring fresh perspectives outside traditional work environments and then giving ourselves permission to see how these new ideas might influence existing products and strategies, we have a chance to be ready for what we’re not ready for—but is likely right around the corner.

Estimate the Pace of Progress

The next step is forecasting when a technology will mature.

One of the most challenging aspects of the changes underway is that in many technology arenas, we are quickly moving from a linear to an exponential pace. It is hard enough to envision what is needed in an industry buffeted by progress that is changing 10% per year, but what happens when technological progress doubles annually? That is another world altogether.

This kind of change can be deceiving. For example, machine learning and big data are finally reaching critical momentum after more than twenty years of being right around the corner. The advances in applications like speech and image recognition that we’ve seen in recent years dwarf what came before and many believe we’ve just begun to understand the implications.

Even as we begin to embrace disruptive change in one technology arena, far more exciting possibilities unfold when we explore how multiple arenas are converging.

Artificial intelligence and big data are great examples. As Hod Lipson, professor of Mechanical Engineering and Data Science at Columbia University and co-author of Driverless: Intelligent Cars and the Road Ahead, says, “AI is the engine, but big data is the fuel. They need each other.”

This convergence paired with an accelerating pace makes for surprising applications.

To keep his research lab agile and open to new uses of advancing technologies, Lipson routinely asks his PhD students, “How might AI disrupt this industry?” to prompt development of applications across a wide spectrum of sectors from healthcare to agriculture to food delivery.

New technology inevitably gives rise to new ethical, social, and moral questions that we have never faced before. Rather than bury our heads in the sand, as leaders we must explore the full range of potential consequences of whatever is underway or still to come.

We can add AI to kids’ toys, like Mattel’s Hello Barbie or use cutting-edge gene editing technology like CRISPR-Cas9 to select for preferred gene sequences beyond basic health. But just because we can do something doesn’t mean we should.

Take time to listen to skeptics and understand the risks posed by technology.

Elon Musk, Stephen Hawking, Steve Wozniak, Bill Gates, and other well-known names in science and technology have expressed concern in the media and via open letters about the risks posed by AI. Microsoft’s CEO, Satya Nadella, has even argued tech companies shouldn’t build artificial intelligence systems that will replace people rather than making them more productive.

Exploring unintended consequences goes beyond having a Plan B for when something goes wrong. It requires broadening our view of what we’re responsible for. Beyond customers, shareholders, and the bottom line, we should understand how our decisions may impact employees, communities, the environment, our broader industry, and even our competitors.

The minor inconvenience of mitigating these risks now is far better than the alternative. Create forums to listen to and value voices outside of the board room and C-Suite. Seek out naysayers, ethicists, community leaders, wise elders, and even neophytes—those who may not share our preconceived notions of right and wrong or our narrow view of our role in the larger world.

The question isn’t: If we build it, will they come? It’s now: If we can build it, should we?

The last step is hardest. Once you’ve identified a technology (or technologies) as a potential disruptor and understand the implications, you need to figure out how to evolve your organization to make the most of the opportunity. Simply recognizing disruption isn’t enough.

Take today’s struggling brick-and-mortar retail business. Online shopping isn’t new. Amazon isn’t a plucky startup. Both have been changing how we buy stuff for years. And yet many who still own and operate physical stores—perhaps most prominently, Sears—are now on the brink of bankruptcy.

There’s hope though. Netflix began as a DVD delivery service in the 90s, but quickly realized its core business didn’t have staying power. It would have been laughable to stream movies when Netflix was founded. Still, computers and bandwidth were advancing fast. In 2007, the company added streaming to its subscription. Even then it wasn’t a totally compelling product.

But Netflix clearly saw a streaming future would likely end their DVD business.

In recent years, faster connection speeds, a growing content library, and the company’s entrance into original programming have given Netflix streaming the upper hand over DVDs. Since 2011, DVD subscriptions have steadily declined. Yet the company itself is doing fine. Why? It anticipated the shift to streaming and acted on it.

Never Stop Looking for the Next Big Thing

Technology is and will increasingly be a driver of disruption, destabilizing entrenched businesses and entire industries while also creating new markets and value not yet imagined.

When faced with the rapidly accelerating pace of change, many companies still default to old models and established practices. Leading like a technologist requires vigilant understanding of potential sources of disruption—what might make your company’s offering obsolete? The answers may not always be perfectly clear. What’s most important is relentlessly seeking them.